Similar to skin, bacterial population of the respiratory tract of chickens (trachea) is dominated by different Lactobacillus species. Additional bacteria common to respiratory tract include Ruminococcus torque, E. coli, Veillonella magna or Clostridium disporicum. Mycoplasma or bacteria distantly related to genus Filobacterium can be recorded in the tracheal microbiota of older hens. However, it has to be kept in mind that density of population of respiratory tract is several logs lower in comparison to the intestinal tract, despite the fact that figures for microbiota composition look similar and evoke the feeling of bacteria present everywhere in similarly high amount. When we tried to characterise lung microbiota, we already experienced issues with purification of enough of DNA of bacterial origin indicating that bacterial colonisation is approaching zero levels in lungs of healthy chickens. 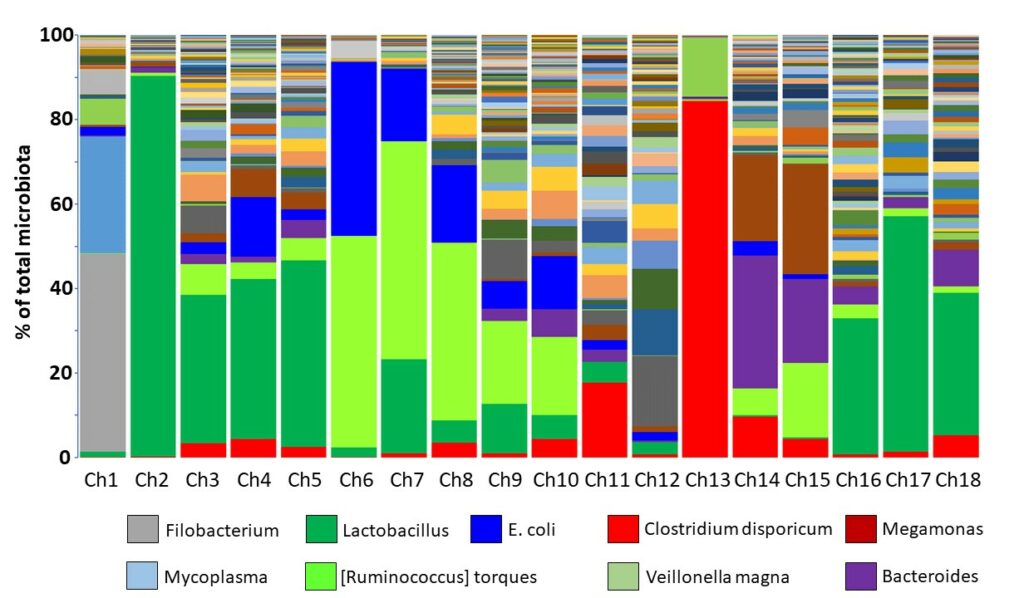